Challenge: Founded in 2016, GCP, a multi-stakeholder coffee industry membership association headquartered in Bonn, had successfully developed tools for providing a common understanding of coffee sustainability and increasing transparency on sustainability purchasing. It had also launched a number of successful sustainability initiatives via affiliates in Uganda, Kenya, Indonesia, Vietnam, Brazil and Honduras. But its membership of over 100 organizations was not aligned about organizational direction. Membership and grant income were inadequate to support the development and deployment of industry-critical solutions related to climate change, coffee farmer prosperity, agro-inputs like pesticides, and other threats to the supply chain for this >$400b industry.  GCP also needed to simultaneously focus its relationship with its affiliates, sharpen its value proposition in a complex partnership ecosystem, and accelerate overall revenue and impact. They hired Altruist to help them tackle this difficult and complex set of challenges.

After an in-depth study of industry priorities, Altruist worked closely with GCP’s board and executive team to develop a comprehensive business plan to advance prosperity for 1 million smallholder coffee farmers, over 40% of whom currently earn less than a living wage. The Altruist team also worked closely with CGP’s six NGO affiliates in coffee producing countries to translate the organization-wide goal into farmer-centric plans owned and led by the affiliates, plans tuned to each country’s cultural and strategic imperatives. We also advised the executive team on how to secure $1.5m in seed capital to fuel the first phase of the new global business plan and enable enhancements in GCP’s technology, executive staff, and affiliate support. While the work is just beginning, early results are encouraging. The new goal and strategic direction, called “GCP 2.0,” received a 97% vote of confidence from membership. Affiliates are successfully engaged in a comprehensive, long-term acceleration process tightly aligned with the overall goal. Impressed with the new focus and rigor, the world’s largest coffee trader joined as a member. Several other major multi-billion dollar members pledged $1.5m for the business plan’s first phase, which, along with another $1m agency grant, represents a dramatic increase in external investment in GCP’s ambitious vision. If successful, GCP’s work will become one of the world’s largest international development and poverty alleviation efforts. 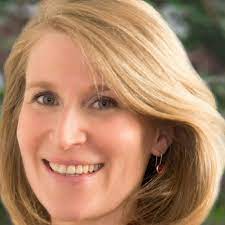 Altruist provides outstanding guidance and support critical to our success.

Begin with a pro bono analysis and consultation with your board and leadership team. Contact us and we’ll discuss the potential. Read our white papers and articles, each designed to give you clear, actionable information that moves you forward. And consider joining us for one of our powerful 1- and 2-day workshops.