The For-Profit and Non-Profit Sectors are Converging 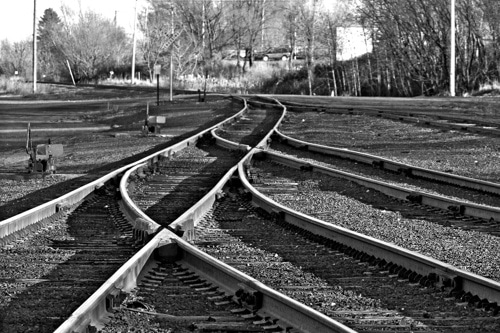 Writing in 1924, the brilliant British author Virginia Woolf made her now famous observation about rapid changes in human society during the early 20th century:

On or about December 1910, human character changed. I am not saying that one went out, as one might into a garden, and there saw that a rose had flowered, or that a hen had laid an egg. The change was not sudden and definite like that. But a change there was, nevertheless; and, since one must be arbitrary, let us date it about the year 1910.

We are at just such an inflection point today. Decades hence, we may very well look back on 2017 as the time we fundamentally changed how we attack our biggest challenges around health care, education, human services, social justice and equity, the environment, and the arts.Here’s why: The three sectors in our economy — for-profit or business sector, nonprofit or social sector, and government — are becoming far less distinct, and, in many ways, are merging. Especially the distinctions between the for-profit and the nonprofit sectors. For some of us, this is hard to see because the “three sector” thinking is so embedded in our consciousness, it’s like the water we swim in. Others, however, are recognizing that sector-based thinking is flawed. It creates silos, gating off the synergies that happen when we step back and take a broader view of economic and social activity. As the separations between the business sector, government, and the social sector collapse, great friction and discomfort result — but so do great benefit and future promise. The exciting thing is that today’s nonprofit board members are on the front lines of this grand historical evolution.

First, consider the devolution of government. A year into a new federal administration, it’s obvious that the federal government and many states will continue the Reagan era ethos, summarized by Reagan’s (in)famous quote: “Government isn’t the solution to the problem: government is the problem.” We see an intentional deconstruction of New Deal policies and institutions, an unknitting of the social safety net manifesting as broad deregulation, weakened federal agencies, and declining investment in medical research, public education, environmental conservation, housing, family services, basic research, and social justice.

While upcoming elections may return social sector supporters to leadership positions, this deconstruction will take years to unwind, and we can expect continuing swings of the pendulum between two entrenched opposing parties. In sum, we can’t expect the emergence of a strong, European-style publicly funded safety net anytime soon.

So how can we make any progress on social justice and equity, and cures for disease and poverty, and improvements in climate and pollution, and all the other monumental challenges before us? I believe there is a better way forward, one that has racked up a number of convincing wins already. It’s a new kind of organization entirely, one that emerged to fill the void of government devolution—a hybrid, if you will, a type of nonprofit that, culturally and functionally, is indistinguishable from a for-profit and capable of solving problems at scale.

Let’s look at the emergence of this new type of entrepreneurial, aggressive, scale-oriented, disciplined nonprofit. The origins can be marked to 1997, when the Harvard Business Review’s article, “Virtuous Capital: What Foundations Can Learn from Venture Capitalists,” kicked off an era of so-called “venture philanthropy” in which business principles were applied to social sector organizations. HBR revisited the subject in 2013 with Alan Grossman’s piece, “Venture Philanthropy: Its Evolution and Its Future,” and found that many of the most effective nonprofit organizations in recent decades were hybrids, nonprofits that merged their altruistic missions with the culture and organizational principles and practices we see in the private sector.

In the past three decades, we have seen hybrid nonprofits achieve breakout rates of growth, influence, and impact. Organizations like City Year, KIPP, Teach for America, charity:water, and, most recently, Treehouse have proven that, with experienced leadership, the right strategies, and disciplined execution, altruistic organizations can truly move the needle on our most serious social challenges. They remain the exception, not the rule, however. But I would argue that the fact they exist and have so clearly and convincingly demonstrated the power of the nonprofit enterprise, creates a tremendous moral burden and responsibility for normalizing and propagating this new type of hybrid—a responsibility that falls chiefly upon nonprofit boards.

Leaders in the social sector are taking notice: Just recently, the Alliance for Strong Families and Children, an influential policy organization funded by the Ballmer and Kresge foundations, published a report calling on social sector organizations nationwide to completely rethink their strategic and financial models to enable far more scale and impact. Who is responsible for seeing that these broad imperatives come to fruition? Nonprofit boards, of course.

But the moral imperative is not theirs alone. Importantly, as the nonprofit sector continues to adapt and learn from the private sector, the reverse is also true. Since the 1990s, the most progressive companies have espoused a “people, planet, profit” ethos that holds that profitability need not suffer at the hands of corporate social responsibility. This movement, led by thinkers such as Jed Emerson, has given rise to blended capital, B corporations, and new state laws enabling hybrid corporate models such as social benefit corporations. Another form of hybrid — social enterprises such as Seventh Generation and d.light — are building large and profitable businesses while delivering significant social benefits. Corporations are being called to act with true charitable intent, not just on the margins, but as part of their core enterprise. Consider how Tesla, a for-profit corporation, gave away its core intellectual property, fostering the rise of hundreds of other electric vehicle competitors, all in the name of social progress.

Consider that Larry Fink, the CEO of Blackrock, one of the world’s largest institutional investors and a major influencer of corporate behavior, just wrote a letter to every CEO in the world directing them to demonstrate greater social responsibility. CEOs fear and respect this man, and especially the $6 trillion he manages. By itself, this letter is an encouraging sign that the sector silos are collapsing.

So the outlines of this grand convergence are becoming clear. As more evidence, in the last few years, Y Combinator, the prestigious and successful business accelerator that has birthed about $80B worth of companies like AirBnB and Reddit, has been bringing nonprofits into its previously exclusively for-profit cohorts, and with considerable success. Crunchbase’s recent article, “In Running Like a Startup, Nonprofits Find Success,” highlights Y Combinator’s success and offers us a powerful and concise manifesto: “We believe how nonprofits think, their culture, and how they solve problems and use technology shouldn’t be different because you’re a nonprofit.”

The implications of this convergence are enormous. Bono, U2’s lead singer and fervent anti-poverty activist, made this striking observation: “For years I thought that finance capitalism was immoral. What I realized is that it is amoral. It is the most powerful means we have for getting things done—we just need to point the tools of finance capitalism in the right direction.”

And we have a model already for a nonprofit that deploys a full suite of business strategies and tools with tremendous impact: American higher education. Our colleges and universities are far ahead of the rest of the social sector in incorporating business process and enterprise-class methodologies, especially large research universities. It is not coincidence that public funding for public higher education began a drastic decline in Reagan’s “government is the problem” era—in most every state, higher ed budgets have been in steep decline in the past 30 years. But the colleges and universities with the smartest, most capable leaders and boards reacted with great entrepreneurial spirit: tuition models adjusted to bring in more revenue and increase financial aid; intensive new fundraising infrastructure sought billions in new revenue; efforts launched to generate alternative revenue from things like patents and new business ventures; and more foreign students and satellite campuses abroad generated substantial new revenue.

While this entrepreneurial explosion in American higher education has not been without serious problems—the corrupting influence of collegiate sports, undue corporate influence on research agendas and outcomes, and the marginalization of less lucrative disciplines like the humanities are just a few—today, American higher education remains the best in the world, largely because it has refused to let the cultural constraints of its nonprofit status limit its business vision or entrepreneurial activity.

What does all this complexity and historic change mean for nonprofit board members? The implications are clear:

There is a great deal of progress we need to make. And the moral imperative rests squarely on the shoulders of our nonprofit sector—a sector that, to succeed, needs to stop thinking of itself as special.

Is your nonprofit ready? Are you?

(Originally published in the BoardSource Blog.) 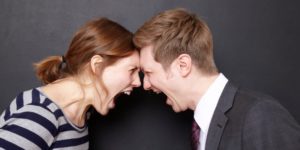 Like any organization attempting to work toward a difficult goal in a complex environment, nonprofits face the fundamental challenges of creating alignment and teamwork among

Finding money for your nonprofit is complicated. Whereas for-profit businesses have fairly clear models on how to raise capital and earn money (there are entire